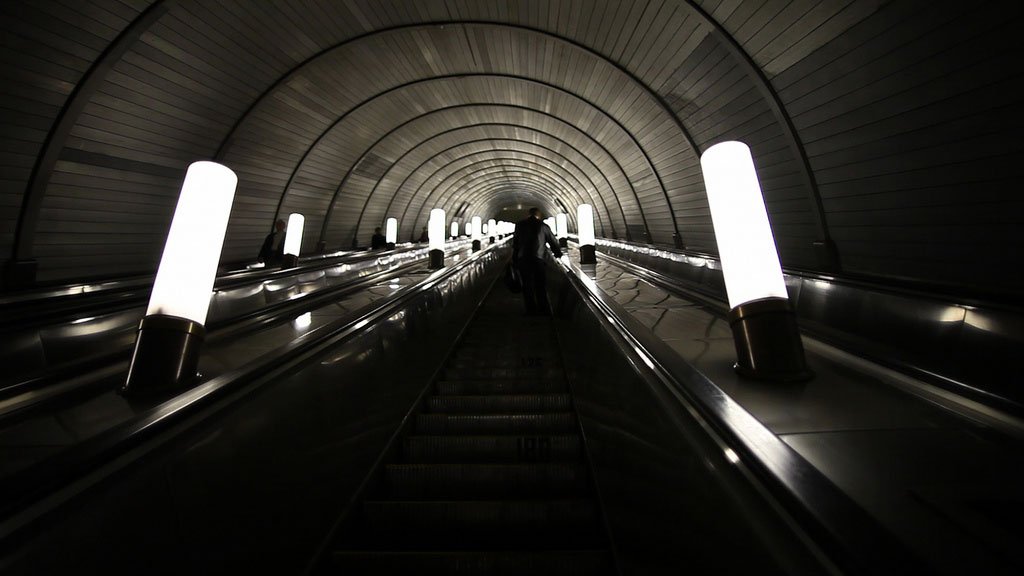 Trains of Thoughts is an audio-visual essay, which reflects upon and compares metro-systems around the world. It is an exploration of a world inside the world as well as the feelings – fascination, obsession, fear, and themes – of survival, control and silence – that revolve it.

The film will take you through New York, Los Angeles, Moscow, Vienna, Tokyo and Hongkong, unleashing the imagination at every destination with its distinctive palette of visuals and selection of sounds from Sofa Surfers. In each city, the audience will meet different kinds of characters and get acquainted with their relationships with metro-systems. The viewer will find that they are able to familiarize themselves with the characters and feel with them as the music complementing the scenes will be created from found sound and words originating from their respective locations. When interwoven into the music, these sounds will amplify the mood and atmosphere of the respective scenes.

Altogether, the film unveils several short stories about people who live with or for the metro. Their stories are staged against the backdrop of a strange juxtaposition of ambitious above-the-ground architecture and charming underworld.

Subway systems indicate that a city not only has a high population density but is also an agglomeration of cultures. It is an extremely vulnerable system that supports an expansive rhizomatic city. One could imagine this system of as a network of nerves, which when severed, could paralyze the workflow of an entire country/culture. So many people rely on this convoluted network and cannot survive without it. However, most see the metro as a “means to an end”. Commuters board the train and with faith, allow themselves to be swallowed by a mechanical caterpillar at one point of the city and timely released at their selected destination. They hardly have any qualms about where exactly they are under and in which direction under the city they are going.

Visually, subway maps in train carriages are reduced to electrical circuit diagrams. As people stand and sit in the trains, they have no idea in which direction they are moving. They have to refer to points on the subway maps and later, the maps at the entrances of the stations to navigate themselves around the city.
The conversion of the topographical map into a topological diagram requires keeping to straight lines and limiting the choice of angles for the network by increments of 45 degrees.This creates an appearance of regularity and clockwork efficiency. As such, millions of people enter trains without any fear when going through dark tunnels.

While the subway is a transient stop for millions of people, it is also a place to relax and a place for anonymity and freedom. It is a place to get lost, daydream and dream. Moving in this vein, with a mass of people in the same direction and without the need to recognise someone gives people a sense of togetherness and loneliness at the same time.

The focus of this film will be on the world which reflects the surface world in so many ways, yet differs from it completely at the same time. Although the system is built by people, it in turn forms a nation and eventually defines its culture. There are so many subway systems used in equally various ways with completely diverse norms of behaviour.

Example: the “anti-space” in Tokyo, with no artist or junkie compared to the “artist” – underground space in New York
The structure of this film is shaped by many factors. You enter the system – you switch platforms – you get on a train – the program starts – you change lines on a platform – you change the channel. Always new stories, always new people.